The next reading loop will take place on Wednesday February 21st, 7pm, in studio 49 at Bloc.

We’ll be discussing the idea of the zone, such as it appears in the Strugatsky brothers’ short sci-fi novel, Roadside Picnic and is later reprised in Andrei Tarkovsky’s seminal film, Stalker (1979).

The chosen text, which will be presented by Laura Deakins, is  Paul Dobraszczyk’s ‘Petrified Ruin: Chernobyl, Pripyat and the Death of the City’,  City: analysis of urban trends, culture, theory, policy, action (2010), 14:4, 370-389.

This paper offers a reading of urban ruin through a personal experience: a visit I made to the Chernobyl site in October 2007first to the destroyed reactor and then to the ruined buildings of Pripyat, using my own photographs as documents. The paper situates this experience in the context of wider representations of technological ruin and the city. Pripyat may not be a city, let alone a metropolis, but its scale as a ruin is unique in the post-war period. In the West, the ruined city usually only presents itself in fictive representations: that is, in literature and film and not in the flesh, so to speak. Experiencing the ruins of Pripyat may invite thoughts about the value, or otherwise, of industrial ruin; its unprecedented scale invites an altogether different meditation on the ruin of the city as a whole and perhaps, too, of civilisation itself. 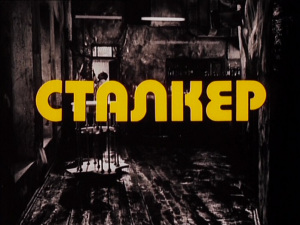