“Some day soon, perhaps in forty years, there will be no one alive who has ever known me. That’s when I will be truly dead – when I exist in no one’s memory.”

Irvin D. Yalom,  Love’s Executioner and Other Tales of Psychotherapy

The forgotten corners of cities conceal surprising narratives and striking imagery.  Wardsend Cemetery is just such a place, a burial ground officially closed since 1988, but whose population has been unchanged since 1977.  I came upon the existence of Wardsend during one of those chance conversations you have on a lazy Sunday afternoon.  The following week I was winding along an industrial access road, conscious of the rich golden quality of the late afternoon light.  The metalled road crossed the bridge built to replace one severely damaged by the Sheffield floods of 2007.  Progress then ended abruptly, blocked by large boulders set in place to prevent access to the muddy tracks flanking the River Don. 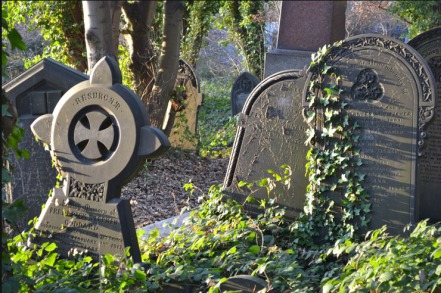 From the unheralded cul-de-sac, anonymous stone steps rose.  In the absence of signage a welcoming party of gravestones huddled a few metres on, cast in partial shadow.   At the foot of the steps the electrical guts hung from a small concrete bollard.  The wind-blown detritus of modern life was strewn through the adjacent undergrowth.  Alongside, woven into the vegetation, was a smattering of larger offerings to the dead.  These comprised of the usual suspects: tyres, paint cans, an incongruous left shoe and lumps of rubble.  The sense of isolation from the mainstream of the city is immediate. 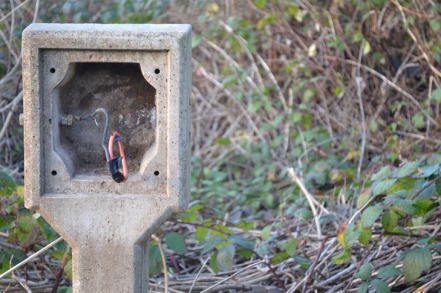 It was not until 2nd February that I came to write about the photographs I had taken some weeks before.  Only then did the poignancy of a favourite image from that earlier visit strike me.  The beautifully crafted headstone of one 27 year-old stood out, captured in a libation of warm winter sun.  Frederick Stephen Goddard had passed away one-hundred years ago to the day.  His headstone was crowned with the single word ‘Resurgam’, which means ‘I shall rise again’.  I thought immediately of all those city spaces that lie dormant on a similar premise. 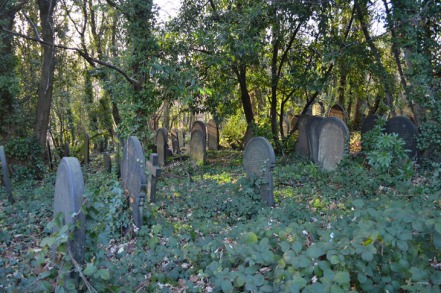 Wardsend reveals strong parallels for me with other urban land in apparent decline.  Rendered in the pre-sunset glow of Winter light the memorialised dead jostle in a sun-dappled crowd amidst the pell-mell ingress of nature.  Similar vistas play out in the post-industrial brown-fields mottled with buddleia, bramble and rosebay willow herb.  Our heritage takes many forms and speaks to us in many ways, many of which are themselves individuated in their interpretation.  None is perhaps so poignant as the neglected memory of the dead.

Throughout Wardsend nature tries to make sense of a space less manicured than the dead might ever have dreamt in life.  The tension with a natural succession shines through in many of my images.  Silver Birch, the classic pioneer tree species of open disturbed ground, abound and encroach, albeit gradually.  This quest for a new equilibrium also plays out where industry has died, or is in transition, as much as in a place of burial.  Here at Wardsend, the process has been managed since 2010.  Consequently, some identities have been refreshed from beneath a blanket of vegetation.  Others are lost to us, their memory shattered by frost, or corroded by the action of wind and rain.

Broader questions about the spaces we offer to the dead and how we memorialise within crowded urban settings are of considerable cultural and social relevance. Does this apparent decline really matter?  Is it a decline at all, or is a more radical position, one in which we surrender the dead to nature, a more fitting epitaph?