The day I heard I’d be getting Tim Edgar’s Insect Theatre to review I finished reading Nick Papadimitrou’s Scarp. In the closing stages of that book Papadimitriou offers up an appendix-like set of field notes. Within those stream of consciousness jottings appears the following arresting paragraph:

“This isn’t some TV-series or drama-workshop universe. This is the real world, Sir: the realm of ants swarming on kerbstones and wasps tapping against the window at dawn. There are sandy mounds behind the brake-drum factory; a myriad of insects dying in drainage ditches or under wheels. They click in their death throes as they are torn by mandibles, stamped on by children, squashed under tyres by roadside verge. The world is a fiery storm roaring at the base of the hedge – flames spreading, invisible in the tussocks.”

Insect Theatre violently drags the spectator into the tussocks. In Edgar’s close up images of dead flies, the spindle trails of spent spider webs and the death-field detritus of broken wings, legs and other shrivelled insect matter we journey into an unrelentingly Hobbesian state of nature, a world of devastation and desiccation-into-dust.

Accompanied by four short essays by anthropologist Hugh Raffles, the book manages to achieve an even bleaker tone than Papadimitriou. The air is chilled by Raffles’ opening depiction of the death throes of a fly as it surrenders “in muddled exhaustion”, stuck fast on a flypaper, and things get no warmer in the tone and staging of Edgar’s images, for even his colour images have a muted, decay ridden palette. The abject effect is also achieved by focussing exclusively upon dead insects – dead defeated insects. This book does not present a valedictory account of the heroic life of rampant insects. The victors are not seen here. These scenes are aftermaths of insect wars, and only the victims are left on stage. This conjurors a strange horror-absence effect , for the victorious protagonist is absent, the sensation of viewing these images is a bit like stumbling into a giant’s cave and its litter of strewn bones. Will the giant return and trap you as you gaze on at the remains of his last meal?

Many of the images show rampant web, a shroud-like dirty gossamer tightly wrapping the trapped insect carcases. These death-bundles are attended by tendrils of web striated across the frame, taught and full of ominous lines of vibration-cord, still capable of signalling to the predator off-stage. Careful where you tread next, you might awaken the monster beyond the page.

The viewer becomes uncomfortable partly because here is dirt as art, but also because of the scale effect of dragging the viewer into the scene. Edgar’s pictures shrink the viewer down to insect size. And strangely this is achieved through removal of human reference points. This isn’t a Honey I Shrunk the Kids world, where the insects are shown living in small corners of our world. No, the absence of such collateral renders this a more alien place, one that is terrifying (and perhaps beautiful in an odd way) in its own terms rather than through any clear association to a ‘background’ human world. 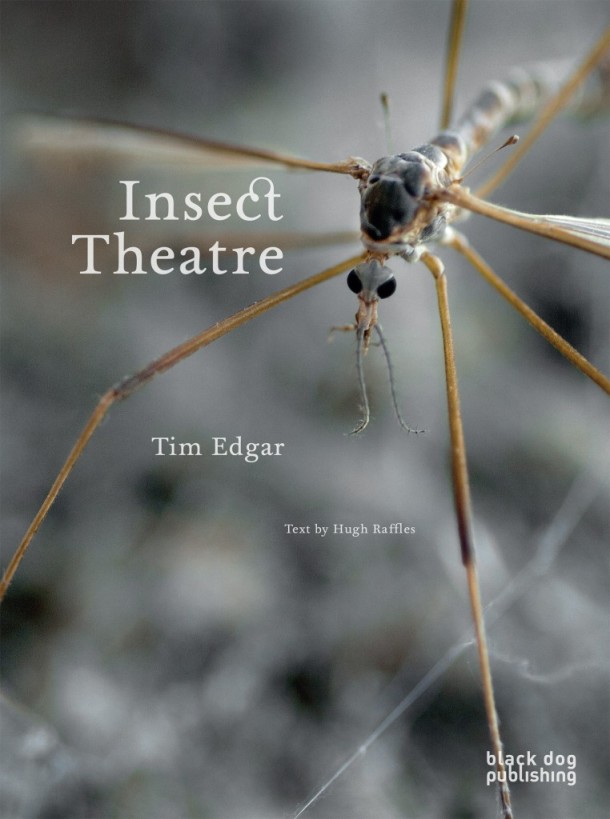