The book, which you can read in its entirety here, is structured around the following chapters:

I was reminded of this book as I’ve been re-reading Zola’s La Curée [The Kill] (1871-1872), which – although arguably one of the author’s lesser known works (particularly among non-French speaking audiences) – is a compelling account both of the Haussmannisation of Paris and the speculation in land and property which accompanied it. There are some extraordinary passages in which the protagonist, Aristide Saccard, describes in breathless detail ‘the Empire’s interest in huge speculative ventures, in organising the prodigious excavations and building operations that gave the working classes no time to think.’ For Saccard, Paris is a city coated in gold; ripe for the killing. And yet, as history has taught us, the re-making of Paris was predicated on expropriation, consumerism, socio-spatial segregation and a toxic, credit-fuelled boom, the collapse of which was as inevitable as the sub-prime crisis of 2008.

Baron Haussmann’s mémoires can be accessed freely (in French) online. Volume III – Grands Travaux de Paris (in which the Préfet de la Seine describes his transformation of the city) – can be read here.

David Harvey has written brilliantly on the transformation of Paris during the Second Empire in Paris: Capital of Modernity (London: Routledge, 2003).

Harvey’s wonderful Rebel Cities: From the Right to the City to the Urban Revolution (London: Verso, 2012), in which he once again turns his attention to nineteenth-century Paris, can be read here. 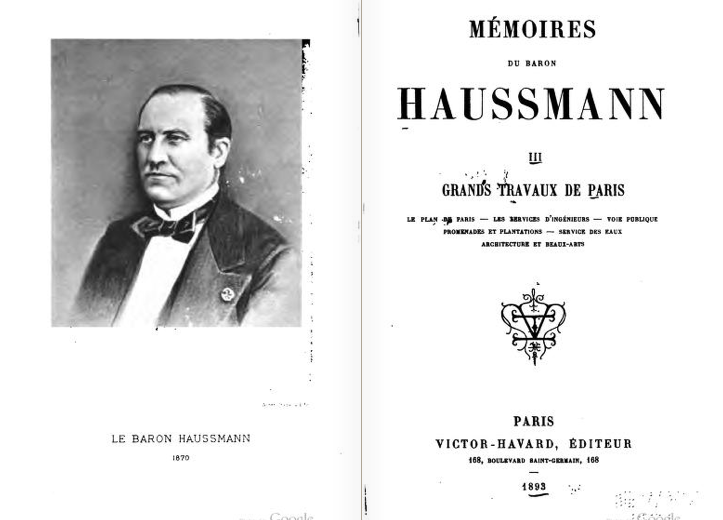 'The city’s a heart, I said, and in that a heart and a city were sutured into a third thing, a heartish city, and cities are heart-stained, and hearts are city-stained too.' China Miéville
Exploring locally
And back in Sheffield
#interrupteur today in Jessop West foyer with Emma Bolland & Jam Hopkins (JanHopkins.xyz) Exploring the interface between the handmade & the digital. All welcome
Our @coconhum workshop on Dec 4-5th. No coffee tax on social interactions! ✊🏼